Sponsorship Opportunities available for the event.  Or, if you have questions, please contact ivette@consultspringboard.com

Please note – General or Sponsor Admission, regardless of registration, in order to gain entry to the event, you must be corporate personnel.

CART Captioning will be provided for the event.

Barilla G. e R. F.lli S.p.A.
We are an Italian family in love with good food
Our story begins in Parma in 1877, with a small bread and pasta shop. Today, more than 140 years later, our products are present in over 100 countries and have become icons of the food sector. Despite this, we have remained a family business, not listed on the stock exchange. https://www.barillagroup.com/it/ 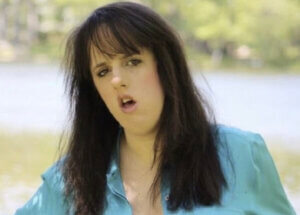 Gretchen Vogel was born with a myriad of disabilities, none of which stops her from independently living life to the fullest.

Gretchen is currently employed at Springboard Consulting (www.consultspringboard.com).  In her tenure, she has served in many capacities and currently as the Executive Assistant to the Chief Executive Officer.  And previously interned at Prudential Financial in the Life Insurance Death Claims division.

Gretchen is also a motivational keynote speaker, sharing her signature talk, “Expectations, Tribulations and Triumph.” Gretchen takes you through her life’s journey from birth to adulthood… you’ll learn that at birth Gretchen was diagnosed with what is often referred to as Arthrogryposis Multiplex Congenita, which means she had joint contractures of hands, arms, legs and feet, in addition to having her feet positioned at her shoulders. She also had a complete nervous system shutdown leaving her without reflexes including the ability to suck, swallow, and track, which has caused her to live with lifelong disabilities.  In addition, she was born to a business executive and a U.S. Army Lieutenant, RANGER; two people that don’t take “no” as an answer very easily.  So when the doctors told Gretchen’s parents she wouldn’t do much in life and that she may not live… well, they had other plans in mind for baby Gretchen.

Gretchen’s story will challenge what you see and what you might be thinking. She’ll take you through her parents’ expectations, then her own expectations, and through those tribulations, all which culminates into a beautiful story about life’s challenges and its successes.  The lesson… you shouldn’t ever give-up on what matters to you.  It may take a little longer than expected, but you eventually get there.

Since Gretchen started presenting in 2013, she had spoken at corporate events, schools, and at conferences.

You know how those doctors said Gretchen wouldn’t do much, well… she has a Bachelor of Arts in Interdisciplinary Studies with a concentration in Psychology and a minor in Studio Art from Fairleigh Dickinson University.  Gretchen enjoys painting, water aerobics, and yoga.  She resides in South Florida with her service dog Coco. 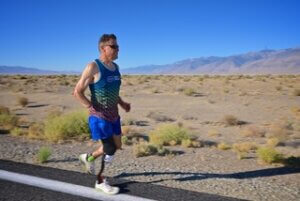 Chris Moon helps people and organisations around the world grow and improve personal and team performance. He’s been a keynote speaker and run change and leadership programs for twenty years working with the public and private sector and international business schools. He’s one of the most fortunate people to be alive you’re likely to meet.  His exploits have been covered in a Discovery documentary I Shouldn’t Be Alive.

Chris is a former British Army Officer with three year’s operational experience who left to work for a charity clearing landmines. He’s survived being taken prisoner in Cambodia by the Khmer Rouge (one of the most brutal terror groups in history) and negotiated his release and that of two colleagues from threatened execution.

In 1995 he was blown up in a supposedly safe area of a minefield in remote East Africa losing an arm and a leg (ironically doing one of the least dangerous things he did). He survived initially because he treated himself. About fourteen hours after injury, he arrived in South Africa where doctors say they’d never seen anyone live with such a small amount of blood.

He recovered four times faster than expected and in 1996; within a year of leaving hospital ran the London Marathon, raised significant sums to help disabled people in the developing world and successfully completed a full time Master’s Degree in human behaviour.

Chris taught himself to run and is thought to be the world’s first amputee ultra-distance runner after completing the Marathon De Sables in 1997. He’s run the world’s toughest ultra-marathons, most recently the Badwater Death Valley 135 mile ultra and the Devon Coast to Coast 117-mile Race. He’s led numerous teams to complete rigorous challenges ranging from climbing mountains to cycling the length of Cambodia.

When it comes to challenging the concept of limitation, adapting to change, and overcoming adversity Chris walks the talk. He has a passion for the process of achievement and uses his unique experiences to help people do what they do better. Chris speaks with enthusiasm and humour on resilience, change, personal and strategic leadership, and all aspects of behavioural choices. His interactive presentations and workshops are tailored to desired outcomes and actions.