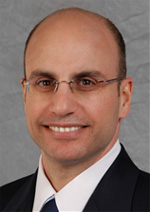 James has developed and managed many of the Institute’s innovative academic and outreach programs since 1997. He is active in the regional entrepreneurial and business communities and was recently recognized as the 2008 Small Business Advocate (NYER) and among the state’s ‘Forty Under 40 Business Achievers’ by NJBIZ business journal. James frequently speaks at regional business events and has appeared on MSNBC, ABC, My9, NJN (Voices of Innovation) and News12. He sits on several boards, including the Silberman College of Business, North Jersey WIRED, the Franklin Foundation for Educational Excellence, the National Association of Corporate Directors-NJ (Advisory Committee), NJN 2008 Gala Committee and NJ Connected Broadband Initiative. He is also a member of the Council on Competitiveness and Rotary International. James is a columnist for NJBIZ, has written articles for Entrepreneur and GSW magazines and newspapers, including the Star-Ledger and The Providence Journal, and is widely quoted both regionally and nationally (USA Today). He brings with him a background in small business/family business and the real estate and automobile industries, as well as marketing and e-business expertise. James holds an MBA from Texas A & M and a BA in Economics from Rutgers University. He and his family live in Somerset. 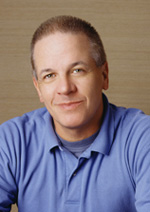 In marking the 100th anniversary of its cooperative education model, Northeastern University has just named Steve one of its 100 most successful alumni. As managing partner and co-founder of Peppercom, Steve is responsible for overall agency direction and management, new business development, new product development and agency marketing. Since founding the agency in 1995, he has been instrumental in Peppercom’s rise from a two-person start-up to its current position as one of the nation’s best known mid-sized strategic communications firms. His blog, www.RepManBlog.com was named best in the industry by The Holmes Report, which awarded it a SABRE in 2006. His podcast, RepChatter, won a Silver SABRE from Holmes in 2009.He has authored numerous thought leadership articles and delivered speeches on social media trends and issues. He Twitters as “RepManComedy.” Along with strategic consultant Dr. Richard Harte, Steve has written a book on Pain-based Selling, “What’s Keeping Your Customers Up at Night?” published by McGraw-Hill. He was also one of the CEOs featured in Donald Trump’s book “Trump: The Way to the Top.”

Over the past 14 years, he has directed Peppercom’s rapid evolution into one of the country’s hottest mid-sized agencies. In naming Steve an Agency All-Star, Inside PR said of him, “Cody has pioneered the concept of partnering, developing programs for clients that not only create breakthrough publicity but bottom-line revenue as well.” More recently, Steve has spearheaded the development of Peppercom’s ‘Pain-based Selling’ service offering, which connects clients to their customers in totally new ways.

Steve has been named a finalist for Ernst & Young’s “Entrepreneur of the Year” and is a frequent guest lecturer at the Association of Management Consulting Firms, the American Marketing Association, the PRSA Counselors Academy, Ragan Communication Seminars and other leading industry events. Steve has appeared on CNBC and APRadio, and has been featured/profiled in publications ranging from Investor’s Business Daily and The Asbury Park Press to BtoB Marketing and PR Week. He is a member of the PRSA Counselors Academy’s executive committee, a member of the Corporate Communication Advisory Board of Baruch College, the Civilian Corporate Affairs Committee at West Point, a member of the College of Charleston’s Advisory Council and the Arthur W. Page Society.

He rang in ’08 by climbing Mt. Kilimanjaro, has been trained by Stephen Rosenfeld at the American Comedy Institute, studied acting and improvisational theatre at The Upright Citizens Brigade Theatre and regularly performs stand-up comedy. He and his wife, Angie, have two children, Christopher and Catharine. The agency is named after the family dog, Pepper. 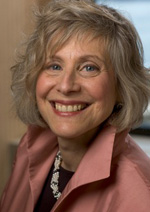 Meryle Mahrer Kaplan, Ph.D., leads Advisory Services, which provides strategic consultation and analytical support to Catalyst member companies interested in promoting diversity and advancing women. Dr. Kaplan has more than 20 years of experience working with organizations, assessing their work environments, developing effective strategies to enhance workplace diversity and inclusion, and designing and implementing customized solutions. In addition, she is an expert on the process of making change and is experienced in leading initiatives with multiple stakeholders.

She has played a leadership role in several Catalyst activities, including the design of the Work and Life Effectiveness Strategy sessions and the development of Diversity and Inclusion 101. Dr. Kaplan is also an active participant in Catalyst’s global activities and women of color initiatives. She is a frequent speaker and workshop leader in the United States and Europe on the benefits of diversity and inclusion, strategy development, values, and building networks and alliances across groups.

Dr. Kaplan received her B.A. in Psychology from Douglass College, her M.A. in Anthropology from the University of Connecticut, and her Ph.D. in Developmental Psychology from Columbia University, where she continues to teach graduate classes in the psychology of women. She is the recipient of a Woodrow Wilson Research Grant in Women’s Studies, editor of Mothers’ Images of Motherhood, and co-editor of Representations of Motherhood, an anthology published by Yale University Press. Dr. Kaplan is married and the mother of a son in graduate school. 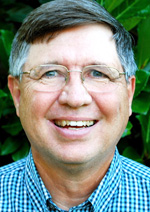 Bill Dueease is the President of The Coach Connection (TCC), which he co-founded in May 2001 to assist people to achieve their greatest results from life coaching. Over 96.5 % of TCC’s approximately 1,500 clients have achieved their initial life and career goals by connecting with their personally matched TCC Member Coach. TCC’s worldwide team of 130 active member coaches were rigorously screened out of over 2,000 coaches who applied allow Bill and TCC to guarantee the coaching qualities and personal connections made by all TCC clients. Bill’s educational articles on career, business and life coaching have been published over 100 times throughout the US and Canada. You can reach Bill at bill@findyourcoach.com, www.findyourcoach.com or 800-887-7214